The Yantra is a geometric symbol, a subject to be internalized within human consciousness.

Kali is the Hindu Goddess of time, of change. She is the power of action, of the breath and of transformation (kriya-shakti). Kali’s essence is Divine Love. Through time, breath and Divine Love all things are accomplished. If we surrender to Her essence, She creates the energy and all is possible. The Kali Yantra, then, contains within it the transformative energy of change.

When we internalize this energy and surrender to its transformative power of love, we begin our inward journey toward healing and spiritual growth. According to the Tantric tradition, the 36 corners of the Yantra represent the 36 principles (tattvas) of creation, from the Most Transcendent to the most minute expression of Materiality. The bindu is the central point, the seat of the soul, the Atman; the internal link with Brahman the Absolute. The bindu is also Kali, and all the phenomenal world emanates out from Her. In the Tantric tradition, Kali as (Shakti) the energy aspect of material nature is united with the Absolute (Shiva) for the sake of creation.
END_OF_DOCUMENT_TOKEN_TO_BE_REPLACED

The Circulation Of Light by jackthetab

Holy Spirit,
giving life to all life,
moving all creatures,
root of all things,
washing them clean,
wiping out their mistakes,
healing their wounds,
you are our true life,
luminous, wonderful,
awakening the heart
from its ancient sleep.
Hildegard of Bingen 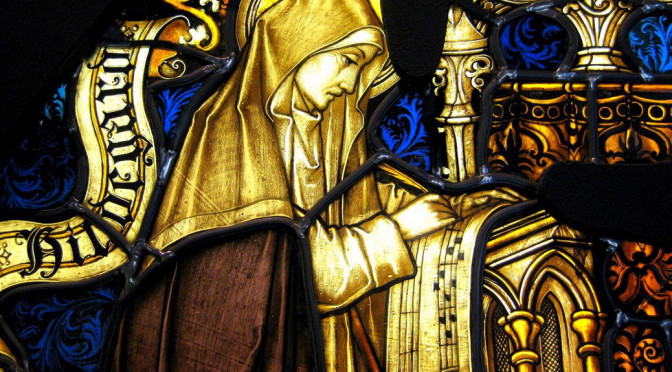 The vision of light, is an experience common to many mystics, and one that is undoubtedly of the greatest significance, because in all times and places it appears as the unconditional thing, which unites in itself the greatest energy and the profoundest meaning. Hildegarde of Bingen, an outstanding personality quite apart from her mysticism, expresses herself about her central vision in a similar way. ‘Since my childhood,’ she says, ‘I have always seen a light in my soul, but not with the outer eyes, nor through the thoughts of my heart; neither do the five outer senses take part in this vision. The light I perceive is not of a local kind,but is much brighter than the cloud which bears the sun. I cannot distinguish height, breadth, or length in it… What I see or learn in such a vision stays long in my memory. I see, hear, and know in the same moment. … I cannot recognize any sort of form in this light, although I sometimes see in it another light that is known to me as the living light… While I am enjoying the spectacle of this light, all sadness and sorrow vanish from my memory…’

The Egg of the Universe

I know a few individuals who are familiar with this phenomenon from personal experience. As far as I have been able to understand it, the phenomenon seems to have to do with an acute state of consciousness, as intensive as it is abstract, a ‘detached’ consciousness, which, as Hildegarde pertinently remarks, brings up to consciousness regions of psychic events ordinarily covered with darkness. The fact that the general bodily sensations disappear during such an experience suggests that their specific energy has been withdrawn from them, and apparently gone towards heightening the clarity of consciousness. As a rule, the phenomenon is spontaneous, coming and going on its own initiative. Its effect is astonishing in that it almost always brings about a solution of psychic complications, and thereby frees the inner personality from emotional and intellectual entanglements, creating thus a unity of being which is universally felt as ‘liberation’.
C. G. Jung, Commentary to “The Secret of the Golden Flower”