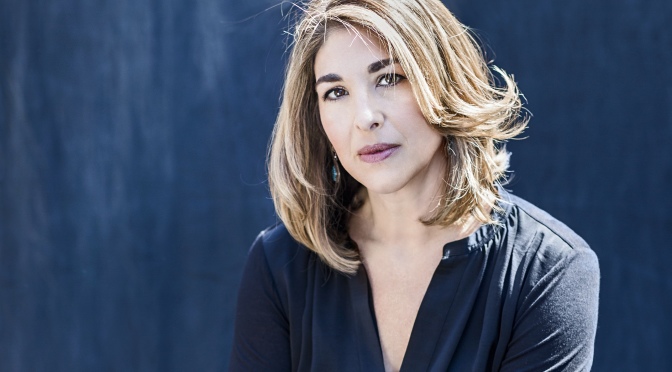 “Most projections of climate change presume that future changes—greenhouse gas emissions, temperature increases and effects such as sea level rise—will happen incrementally. A given amount of emission will lead to a given amount of temperature increase that will lead to a given amount of smooth incremental sea level rise. However, the geological record for the climate reflects instances where a relatively small change in one element of climate led to abrupt changes in the system as a whole. In other words, pushing global temperatures past certain thresholds could trigger abrupt, unpredictable and potentially irreversible changes that have massively disruptive and large-scale impacts. At that point, even if we do not add any additional CO2 to the atmosphere, potentially unstoppable processes are set in motion. We can think of this as sudden climate brake and steering failure where the problem and its consequences are no longer something we can control.”
Report by the American Association for the Advancement of Science, the world’s largest general scientific society, 2014 1)↓

“Coal, in truth, stands not beside but entirely above all other commodities. It is the material energy of the country—the universal aid—the factor in everything we do.”
William Stanley Jevons, economist, 1865 3)↓

“How sad to think that nature speaks and mankind doesn’t listen.”
Victor Hugo, 1840 4)↓

“Climate scientists agree: climate change is happening here and now. Based on well-established evidence, about 97 percent of climate scientists have concluded that human-caused climate change is happening. This agreement is documented not just by a single study, but by a converging stream of evidence over the past two decades from surveys of scientists, content analyses of peer-reviewed studies, and public statements issued by virtually every membership organization of experts in this field.”
Report by the American Association for the Advancement of Science, 2014 5)↓

“There is no way this can be done without fundamentally changing the American way of life, choking off economic development, and putting large segments of our economy out of business.”
Thomas J. Donohue, President of the U.S. Chamber of Commerce, on ambitious carbon reduction 6)↓

“As leaders we have a responsibility to fully articulate the risks our people face. If the politics are not favorable to speaking truthfully, then clearly we must devote more energy to changing the politics.”
Marlene Moses, Ambassador to the United Nations for Nauru, 2012 8)↓

“We have no option but to reinvent mobility … much of India still takes the bus, walks or cycles—in many cities as much as 20 percent of the population bikes. We do this because we are poor. Now the challenge is to reinvent city planning so that we can do this as we become rich.”
Sunita Narain, director general, Centre for Science and Environment, 2013 9)↓

“The lady in the Rolls-Royce car is more damaging to morale than a fleet of Göring’s bombing-planes.”
George Orwell, The Lion and the Unicorn, 1941 10)↓

“Post-modernism has cut off the present from all futures. The daily media adds to this by cutting off the past. Which means that critical opinion is often orphaned in the present.”
John Berger, Keeping a Rendezvous, 1991 11)↓

“A reliably green company is one that is required to be green by law.”
Gus Speth, former dean of the Yale School of Forestry and Environmental Studies, 2008 12)↓

“The best thing about the Earth is if you poke holes in it oil and gas comes out.”
Republican U.S. Congressman Steve Stockman, 2013 13)↓

“It is our predicament that we live in a finite world, and yet we behave as if it were infinite. Steady exponential material growth with no limits on resource consumption and population is the dominant conceptual model used by today’s decision makers. This is an approximation of reality that is no longer accurate and [has] started to break down.”
Global systems analyst Rodrigo Castro and colleagues, paper presented at a scientific modeling conference, 2014 15)↓

“Vast economic incentives exist to invent pills that would cure alcoholism or drug addiction, and much snake oil gets peddled claiming to provide such benefits. Yet substance abuse has not disappeared from society. Given the addiction of modern civilization to cheap energy, the parallel ought to be unnerving to anyone who believes that technology alone will allow us to pull the climate rabbit out of the fossil-fuel hat. … The hopes that many Greens place in a technological fix are an expression of high-modernist faith in the unlimited power of science and technology as profound—and as rational—as Augustine’s faith in Christ.”
Political scientist William Barnes and intellectual historian Nils Gilman, 2011 16)↓

“The leaders of the largest environmental groups in the country have become all too comfortable jet-setting with their handpicked corporate board members, a lifestyle they owe to those same corporate moguls. So it is little wonder that instead of prodding their benefactors to do better, these leaders—always hungry for the next donation—heap praise on every corporate half measure and at every photo opportunity.”
Christine MacDonald, former employee of Conservation International, 2008 17)↓

“I know this seems antithetical, but the bottom line here is not whether new coal-fired plants are built. … If the new coal plants are coming online under a cap that is bringing total emissions down, then it is not the worst thing in the world. Coal isn’t the enemy. Carbon emissions are.”
Environmental Defense Fund President Fred Krupp, 2009 19)↓