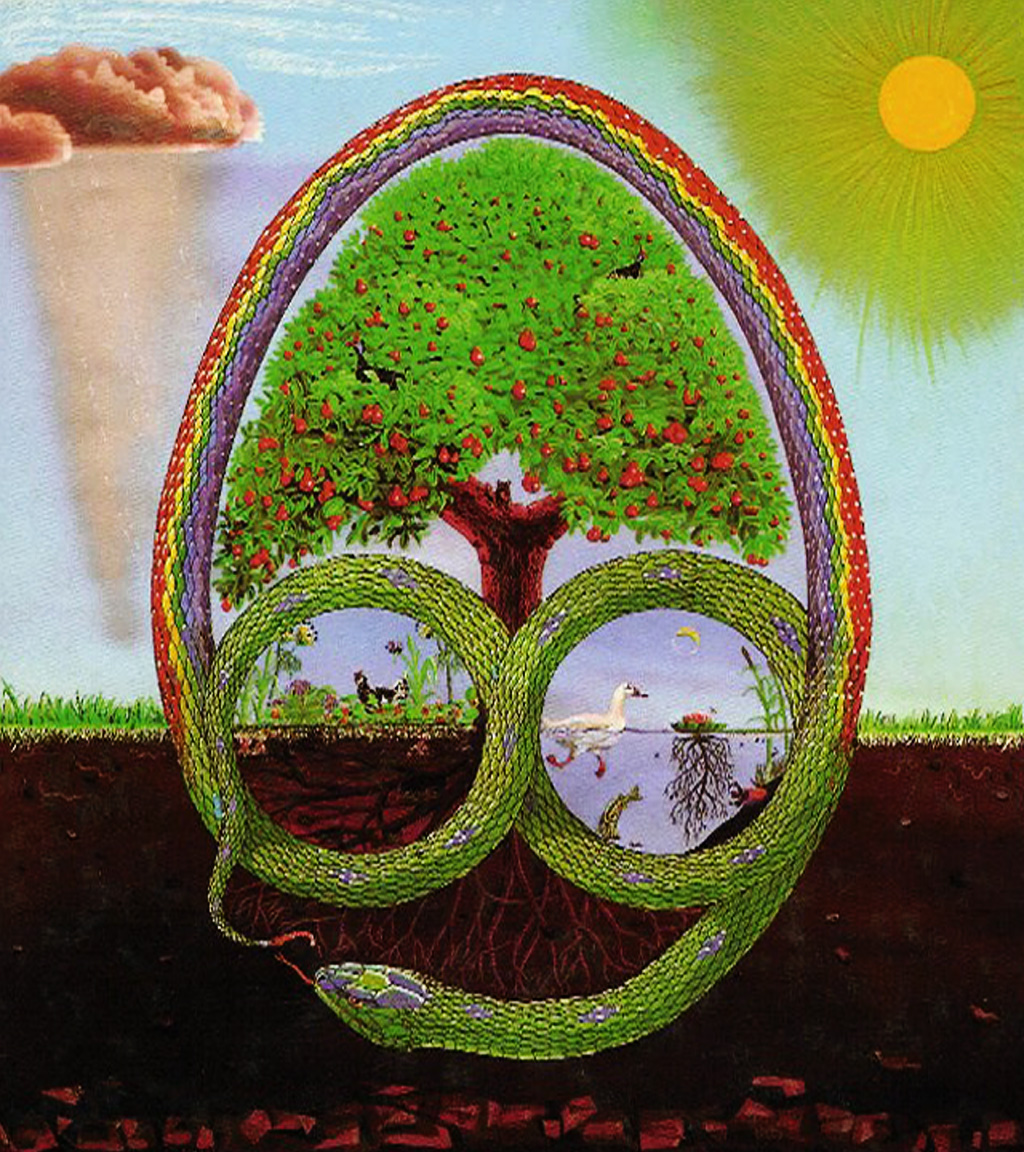 The great oval of the design represents the egg of life; that quantity of life which cannot be created or destroyed, but from within which all things that live are expressed. Within the egg is coiled the rainbow snake, the Earth-shaper of Australian and American aboriginal peoples.

“We have a legend that explains the formation of the hills, the rivers, and all the shapes of the land. Every time it rains and I see a beautiful rainbow I am reminded of the legend of the Rainbow Serpent…
In the beginning the earth was flat, a vast grey plain. As the Rainbow Serpent wound his way across the land, the movements of his body heaped up the mountains and dug trough for the rivers. With each thrust of his huge multicoloured body a new land form was created.
At last, tired with the effort or shaping the earth, he crawled into a waterhole. The cool water washed over his vast body, cooling and soothing him… Each time the animals visited the waterhole, they were careful not to disturb the Rainbow Serpent, for although they could not see him they knew he was there. Then one day, after a huge rainstorm, they saw him. His huge coloured body was arching from the waterhole, over the tree tops, up through the clouds, across the plain to another waterhole.
To this day the Aborigines are careful not to disturb the Rainbow Serpent, as they see him, going across the sky from one waterhole to another.”
(From “Gulpilil’s Stories of the Dreamtime”, compiled by Hugh Rule and Stuart Goodman, published by William Collins, Sydney, 1979.)

Within the body of the Rainbow Serpent is contained the tree of life, which itself expresses the general pattern of life forms, as further elaborated in the chapter on pattern in this book. Its roots are in earth, and its crown in rain, sunlight and wind. Elemental forces and flows shown external to the oval represent the physical enviroment, the sun, and the matter of the Universe; the materials from which life on earth is formed. The hole cycle and form is dedecated, as is this book, to the complexity of life on Earth.