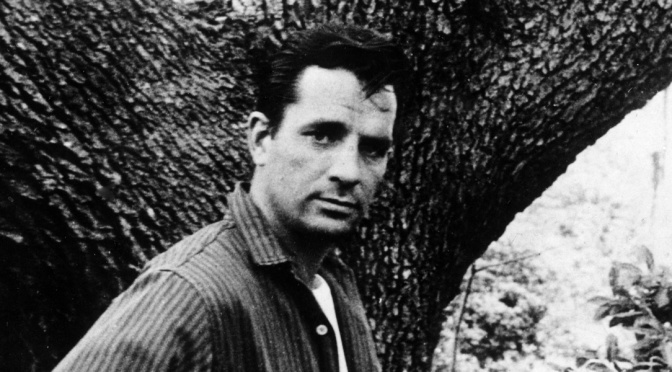 A peacefuler scene I never saw than when, in that rather nippy late red afternoon, I simply opened his little door and looked in and saw him at the end of the little shack, sitting crosslegged on a Paisley pillow on a straw mat, with his spectacles on, making him look old and scholarly and wise, with book on lap and the little tin teapot and porcelain cup steaming at his side. He looked up very peacefully, saw who it was, said, „Ray, come in,” and bent his eyes again to the script.
”What you doing?”
”Translating Han Shan’s great poem called ‚Cold Mountain‚ written a thousand years ago some of it scribbled on the sides of cliffs hundreds of miles away from any other living beings.”