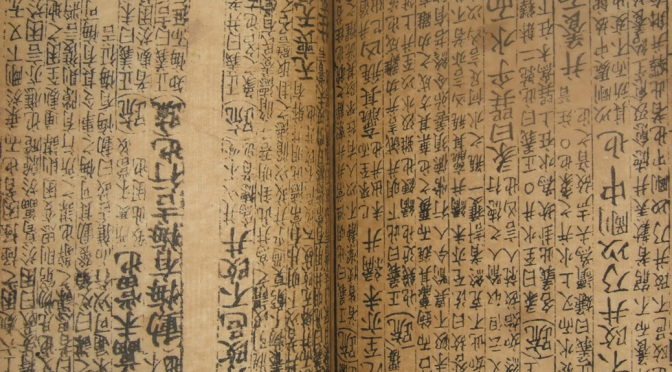 May the same joy in pure wisdom be the part of those who read the translation as was mine while I worked upon it.
RICHARD WILHELM, Peking, in the summer of 1923

The Book of Changes—I Ching in Chinese—is unquestionably one of the most important books in the world’s literature. Its origin goes back to mythical antiquity, and it has occupied the attention of the most eminent scholars of China down to the present day. Nearly all that is greatest and most significant in the three thousand years of Chinese cultural history has either taken its inspiration from this book, or has exerted an influence on the interpretation of its text. Therefore it may safely be said that the seasoned wisdom of thousands of years has gone into the making of the I Ching. Small wonder then that both of the two branches of Chinese philosophy, Confucianism and Taoism, have their common roots here. The book sheds new light on many a secret hidden in the often puzzling modes of thought of that mysterious sage, Lao-tse, and of his pupils, as well as on many ideas that appear in the Confucian tradition as axioms, accepted without further examination.

Indeed, not only the philosophy of China but its science and statecraft as well have never ceased to draw from the spring of wisdom in the I Ching, and it is not surprising that this alone, among all the Confucian classics, escaped the great burning of the books under Ch’in Shih Huang Ti 1)↓. Even the commonplaces of everyday life in China are saturated with its influence. In going through the streets of a Chinese city, one will find, here and there at a street corner, a fortune teller sitting behind a neatly covered table, brush and tablet at hand, ready to draw from the ancient book of wisdom pertinent counsel and information on life’s minor perplexities. […]

Yet we must not overlook the fact that apart from this mechanistic number mysticism, a living stream of deep human wisdom was constantly flowing through the channel of this book into everyday life, giving to China’s great civilization that ripeness of wisdom, distilled through the ages, which we wistfully admire in the remnants of this last truly autochthonous culture.
What is the Book of Changes actually? In order to arrive at an understanding of the book and its teachings, we must first of all boldly strip away the dense overgrowth of interpretations that have read into it all sorts of extraneous ideas. […]

We must hold here to the fundamental principle that the Book of Changes is to be explained in the light of its own content and of the era to which it belongs. With this the darkness lightens perceptibly and we realize that this book, though a very profound work, does not offer greater difficulties to our understanding than any other book that has come down through a long history from antiquity to our time.

Jedna myśl nt. „I Ching or the Book of Changes by Richard Wilhelm”